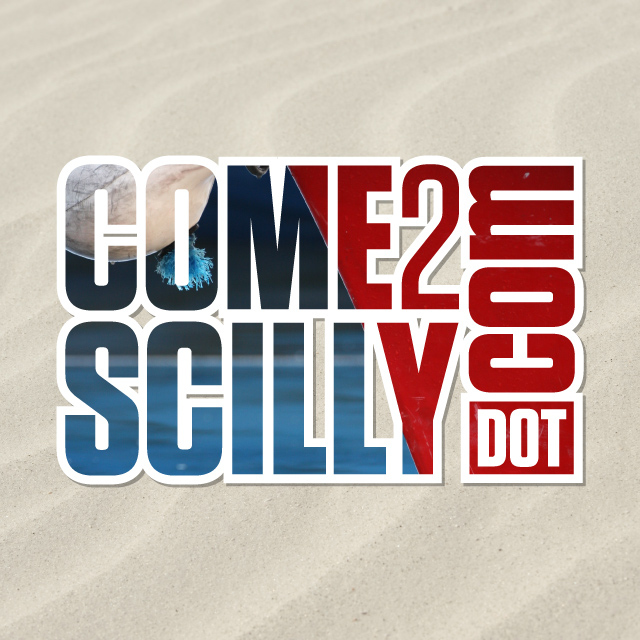 The last couple of years have been a bit of a nightmare for most of us and Scilly is not an exception. As life is opening up again the islands are looking forward to the coming year that will be the first full season for 3 years.

Visitors with find our normal cheery welcome together with some minor changes. The Pilots Gig, on St Mary's, has reopened for 2022 and there are new owners in the Scilly Cart Company. Also Millers Ice Cream is now called Ned & Fin's and is running as a Cafe. Sadly later this year we will see the closing of Lloyd's Bank which is quite a blow for the islands but seems to be the up and coming trend in so many towns around the country. The Co oP has purchased the old Barclay's Bank building and will be expanding into it at some point in the not too distant future. All in all most things will be staying the same and offering the same services you have come to know and love.

'Wally the Walrus' is not here now but you can never tell if it is going to return to brighten our lives once more, he certainly did make a very big impact on those you who saw him later in the year. We did also have Hump Backed whales off Samson at the beginning part of lockdown which were another added bonus for the islands.

All in all the lockdown was an interesting time for Scilly which we hope won't happen again for a few more years yet. 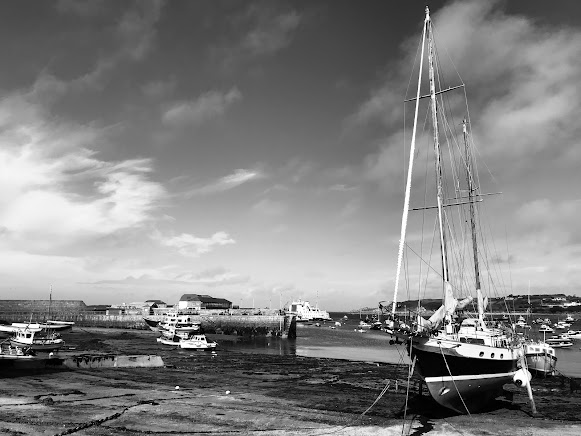 We look forward to seeing you all in 2022

Once again it's been a long time since I have written anything so I thought I ought to put keyboard to internet and write a little something for the beginning of 2019. Well the islands are in good form and we are getting ready for a new season. We have several new properties for 2019, we are very pleased to have 5 Museum Flats which is a lovely property with a real surprise when you see the stunning view from the rear bedroom window. Personally I would just stay in bed and take in the view. We have also got a really sweet little flat called Sail Check which is just about as close as you can get to Town Beach and has views to Tresco and The Roads.
All in all you just need to keep www.come2scilly.com somewhere handy on your computer, tablet or smart phone and pick the property that suits you when you visit the islands.
Posted by come2scilly at 00:54 No comments:

What DO they think they are doing?

The Isles of Scilly Steamship Group are the monopoly company that run transport and freight services to the Isles of Scilly. They don't believe that they are a monopoly and don't like the word but, guess what, they are a...you've guessed it...monopoly. Actually this monopoly is on the move, it isn't even the Isles of Scilly Steamship Company any more it is the Penzance Steamship Company. No longer does this great company believe in it's roots but it has every intention of serving it's mainland masters at the expense of the islands.
Since the induction of the current CEO the company has spent vast amounts of it's capital on satellite companies that as soon as they were purchased were turned into loss making ventures. These companies were purchased to complete the circle of the 'm' word that IoSSG say they're not and we mustn't use.
I write this Blog after yet another 2 days of no flying, both of which would have been possible by helicopter which perhaps could, and would, have worked together with Skybus to assist our core business of holiday makers from being stuck for an extra day at either end of their journey.
Now to the nitty gritty. Why oh why does the Steamship Company want to stop the helicopter from running? No I'm not that stupid it's because of that dreaded word that nobody is allowed to use. But why does the IoSSG board and senior management keep telling the world that they welcome competition.
Come on guys n gals stop telling us porky's and be honest, you don't want any competition and you do want a monopoly. We can take it, we just need to know where we are and exactly what we need to fight for. tg
Posted by come2scilly at 04:40 No comments:

Today I can write some news that I have been bursting to write for quite some time. A new helicopter service will return to the islands. Robert Dorian Smith has announced that he will be behind this new service which will see the return of this Lifeline Service to Scilly. More details will be emerging over the next few days and weeks but the service will run from Penzance and it will be an all year service. I will be posting much more information on these pages as time goes on but will finish this morning with a picture of the sunrise and the aircraft that will be winging it's way back to Scilly in the not too distant future. tg 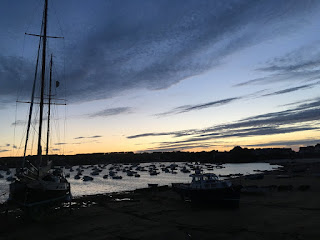 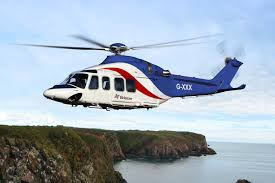 Country File in the Telegraph

For well over 30 years my dear friend Robin Page has been the sensible voice of the countryside...but no longer. For some inextricable reason the powers within the Weekend Telegraph have seen fit to request his services no more! What shortsighted thinking has made this unthinkable move? What editorial meeting made this ridiculous decision to silence the voice of reason that has kept us reading this fascinating column week after week for so many years? The Weekend Telegraph has just one reader and I'm sure that there will be many more like me who put with all the crap that a weekend paper has to bare just to read the words of wisdom from Mr Page. Will there be a change of heart? I doubt it very much. Will there be a backlash? I very much hope so..in the meanwhile RobInPage
and no more Weekend Telegraph from me.
Posted by come2scilly at 07:20 No comments:

Now Is The Time

Brexit is the word or the moment to get on your nerves but don't be too quick to dismiss it. Now is the time to concentrate on our Country and perhaps spend more time in places that we hadn't seen or been to before.
What about the Isles of Scilly? For many people the islands have been somewhere that they have wanted to visit but have never quite made it. Now's your chance 'Brenter' and come and visit us, one of the UK's most desirable holiday destinations. The islands are famed for their clear (cold) waters, white sand beaches and abundance of exotic succulent plants and flowers.
We have a warm welcome for all our visitors so stay in touch and book your accommodation through Come2Scilly.
A holiday on Scilly will take you back in time, give you space to breathe and set you up for the new future.  Brexit...Smexit.
Posted by come2scilly at 08:24 No comments:

Be part of a New Event on Scilly

We are now well into 2014 and September seems a long time off but we have a great event happening on the 6th and 7th of September. A brand new swimming event is coming to Scilly. Registration day is the 6th and the event which incorporates 6 swims and 6 walks is on the 7th. Why not make this event part of a September holiday, we will reduce the cost of your accommodation by 10% for registered swimmer and their families so don't wait contact us today and book your place at the beginning of this unique new event we are sure it will become a regular on your calendar. 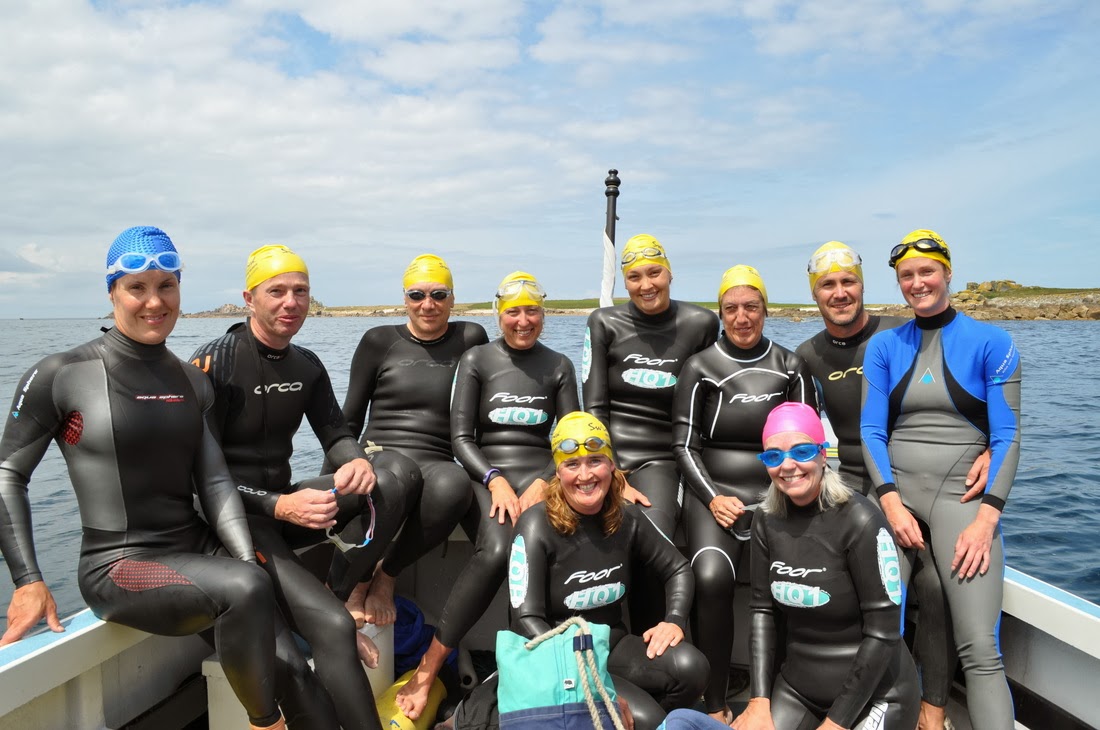 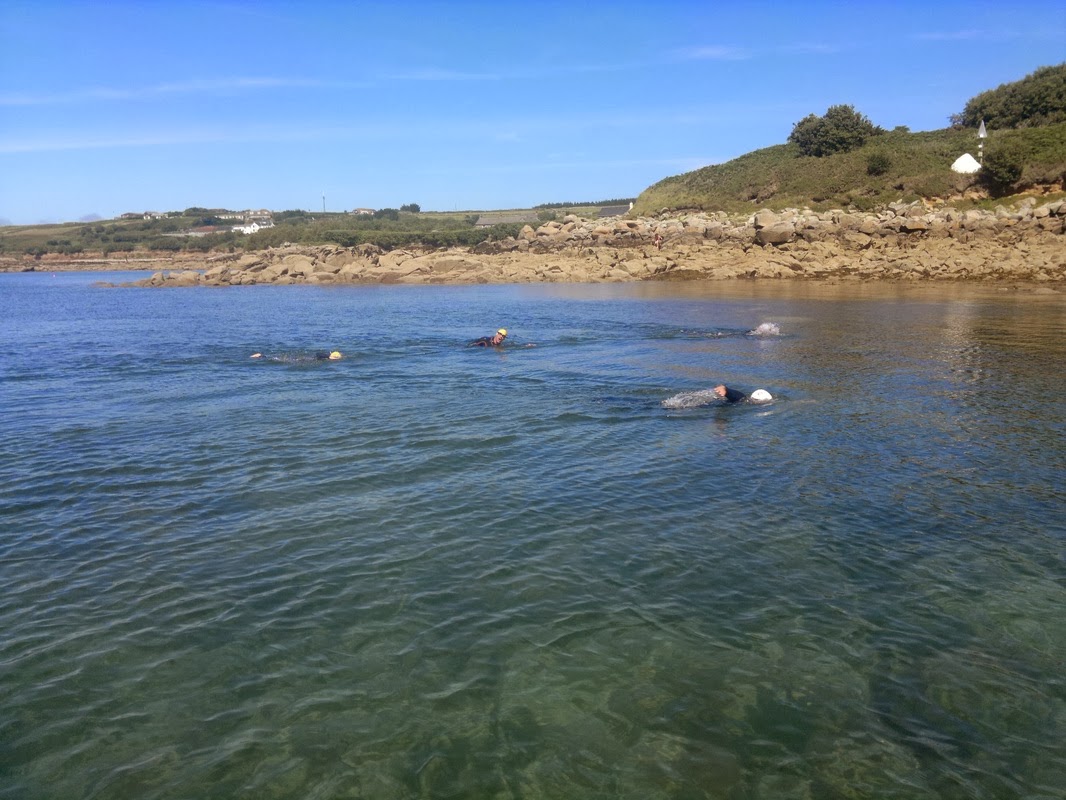 Looks like fun doesn't it, for registration details for the event go to http://www.scillyswimchallenge.co.uk and for accommodation contact us at www.come2scilly.com
Posted by come2scilly at 14:51 No comments:

come2scilly
I think that's for others to judge.